PATRICK ADVENTURE was created by the author on April 14th 2012. It follows the adventures of a young boy named Arnold and later a man named Ken Snyder after Arnold stabbed himself with his own jaw bone and died. Currently two arcs (the Shop Arc and

the Trucker Arc) are complete and a third is underway.

Patrick Adventure is a whimsical adventure of merriment. A young man named Arnold goes to a shop. He ticks off the Shopkeeper when he sticks his stick in the shopkeeper's jam. The shopkeeper sends his many minions to apprehend the young boy. Arnold enlists the help of a burly male transvestite, however when the promise of loins is broken, the transvestite betrays our hero and brings him back to the shop.

Despite the burly antics, Arnold still manages to escape the shop due to a loophole.

Arnold then continued his thieving rampage when he stole a truck which belonged to the burly transvestite and used the truck's dice to travel the Great Multidimensional Truckstop. There, his left ear goes missing (he blames the goblins) and he gets the attention of the Truckers. They ascertain that Arnold is not really a trucker and form a mob around him. It turns out that one of the truckers is Arnold's Uncle, Pete, who offers Arnold the Test of the Trucker: To eat a giant steak in three hours with two bathroom breaks and any choice of beverage. Arnold orders a Nutrizorgo Galaxicaster which restores any health lost in the previous encounters. He also leveled up at this point and learned Bailing, Jam Making, Make-Up Application, and Twig Breaking. These skills proved incredibly useful later on. He began to eat the steak at a slow pace but made the fatal error of spitting the steak in the face of one of the truckers (we find out later that Arnold erroneously thought that the steak was under cooked).

After this disgraceful act of insolence, Arnold is brought before the High Lords of The Truckers, Big Bang, Gravity, Betsy, and Death. Despite being put before a court of Ancient Truckers, Young Arnold can't help but be whimsical, possibly to the point of merriment. He dictates a lengthy speech wherein he singles out many members of the audience and makes many rethorical questions. The Lords are unimpressed and find Arnold guilty of trespassing in Trucker land and insulting the rite of the Test of The Trucker, It was at this point that Arnold complained about the steak (apparently he prefers it well-done), The Lords brought out the chef and distributed the large steak to the assembled. They all agreed that the steak was cooked TO PERFECTION. After this, Death brought on the final piece of evidence... LUGADIM "BURLY TRANSVETITE" JONES. The large man was brought on to testify against Arnold but was unable as Arnold inexplicably decided to bite Big Bang's leg or something? This causes Arnold severe jaw damage and blood loss. Arnold attempts to re-attach his jaw bone in the only way he knows how... by stabbing himself with his jawbone! Unfortunately this leads to the death

After the death of Arnold, the adventure picks up with a new character, Ken Snyder. Ken's adventure hasn't been fully developed as of yet, however it looks to be just as whimsical and merry as that of the late Arnold (may he rest in peace). 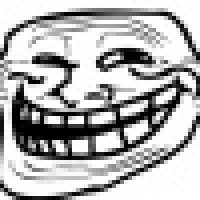